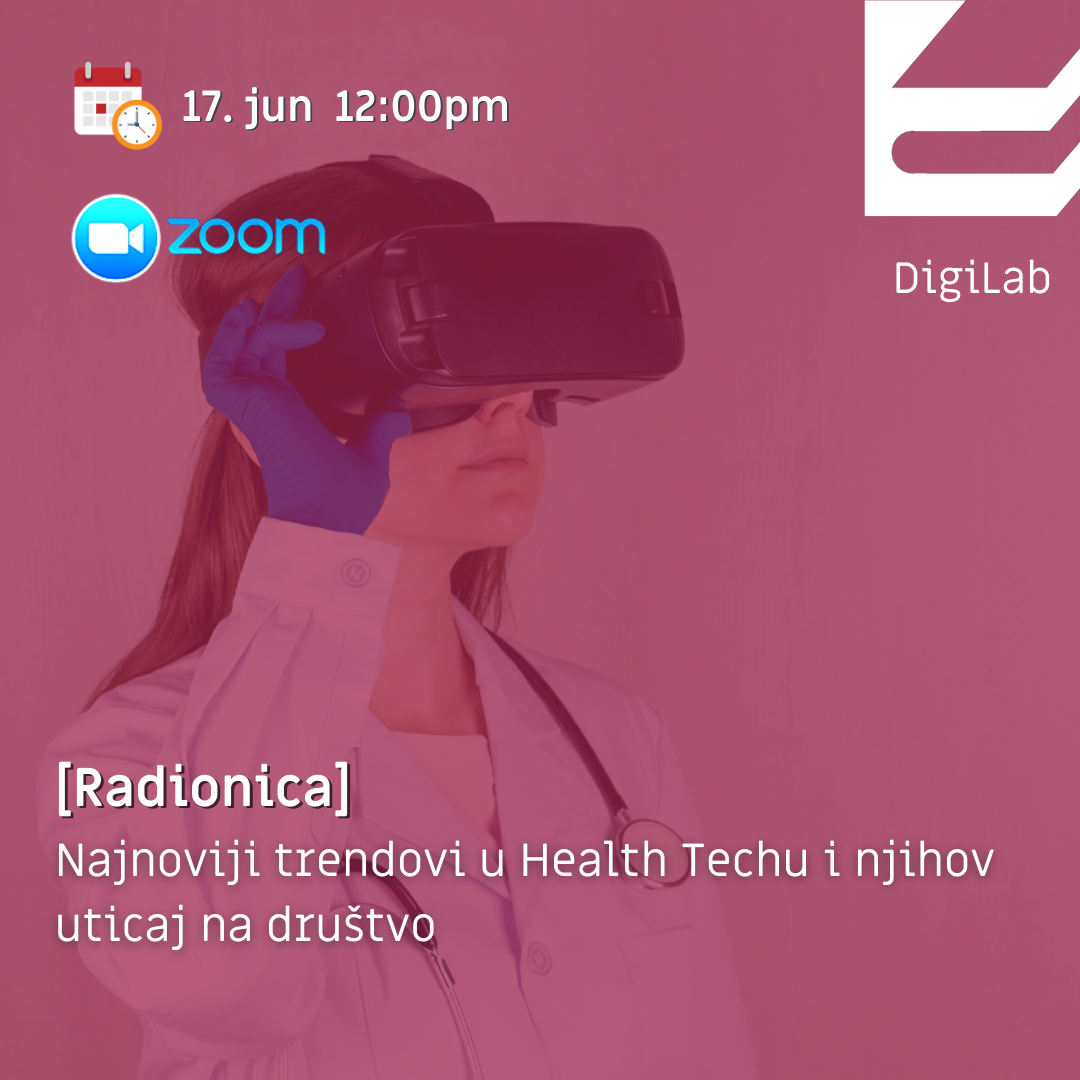 Health Tech Lab (HTL) is a unique laboratory that enables the development of health technologies in Serbia. It gathers all the links of the health-technological ecosystem to provide a stable environment for the creation, development and long-term growth of innovative, health technologies in Serbia. The Health Tech Lab model has been named the best ecosystem practice for 2020 since by the International Telecommunication Union (ITU) – a specialized agency of the United nation for all issues related to information and communication technologies. Award-winning model bridges the gap in health innovation between developed and developing countries.

During our workshop, we will discover what innovation is, with a special emphasis on innovation

In health and how to reach them. Are inventions / novelties as such sufficient and how to get them from ours laboratory to be brought as soon as possible to those who need it the most – patients?

The lecturers will present their experiences and introduce you to this interesting one world through numerous examples.

Natasa Golic is a Full Research Professor and Head of the Probiotics and Microbiota-Host Interaction Group in Laboratory for Molecular Microbiology, IMGGE with almost 30 years of research experience. The main research interest is the study of the role of intestinal microbiota in various autoimmune diseases, as well as molecular mechanisms underlying the probiotic activity of bacteria and their possible application in the prevention and treatment of various non-communicable diseases (type 1 and 2 diabetes, multiple sclerosis, autism, inflammatory pain). She is the mentor of a number of master’s and doctoral theses and the author of 67 scientific papers published in peer-reviewed international journals. She is the author of one national and international patent (PCT). In addition to research and innovation, she has been active in technology transfer as the Head of the Technology Transfer Sector at IMGGI since 2016. She is also a mentor and motivational trainer to encourage researchers to commercialize their knowledge and innovations and start their own business. She is the CEO and co-founder of the startup company Invetlab, the spin-out company of IMGGE founded with the aim of developing and commercializing innovations in biotechnology. He is one of the innovators of probiotics for the prevention and treatment of intestinal infections in animals, which is successfully used as an alternative to antibiotics. The innovation was awarded by the Belgrade Chamber of Commerce in 2015 and the City of Belgrade in 2019. The innovative probiotic Hiravet has been available on the Serbian market since March 2018. Also, she is the co-founder of the startap company DIASOLUTION, the spin-out company of IMGGE founded

Dr. Ivana Kostić earned a doctorate in bioengineering systems from the MIT Portugal program. Joint efforts have focused on developing effective and minimally invasive therapies for organs in hypoxia. Her initial interest in this field was initiated by the study of physiology at the University of Belgrade and additional, rich practical knowledge acquired through IAESTE – International Association of Students for Practical Experience, during an internship at the Universidade Federal de Vicosa UFV in Brazil during 2008, as well as during the first BSRT summer school in Berlin in 2009. These experiences have contributed to her knowledge in the field of technology transfer, entrepreneurship and innovation in medicine and pharmacy. In 2019, she was declared the national female role model for 2019, announced by the Central European Startup Awards.

[Lecture] Croatia and the Holocaust (ShoahLab)

No event found!
Go to Top